Thesemostly minor lifestyle changes will pay off big in the end. 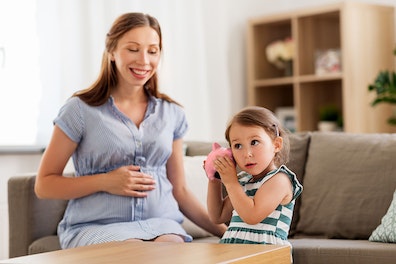 If you want to get your money right by the end of 2019 -- which is totally doable! -- statistics show you likely have some work to do.

The numbers are staggering -- according to a 2017 GOBankingRates survey, 57 percent of Americans have less than $1,000 in savings. But there's good news. Even if you're struggling right now, there are some small things you can do to save up a significant amount by the end of the year.

1. Is your car too expensive to keep? Now you know

Ride or Drive is a calculator tool sponsored in part by the U.S. Department of Energy. Plug in your data (monthly car payment, daily commute, how much your time is worth, etc.), and it'll guestimate for you, down to the dollar, how much you'll spend over the next 10 years on maintaining a set of wheels versus blowing up your ride and relying on Uber, Lyft and the like. Do the math. The difference, on either end of the spectrum, could be well into the thousands. Ka-ching!

If you're keeping the car, then aim to keep hundreds in your pocket via a fuel-rewards program. Kroger and its supermarket siblings, including Food 4 Less and So Cal's Ralphs, for instance, allow you to earn fuel points every time you make a purchase, just by using your store-issued rewards cards. Terms vary, but basically you can cash in those points for discounted gas. (It’s not uncommon to save a dime a gallon -- and that adds up.) It's definitely cause for a celebration.

Ordering food to take home can be expensive, but let's be honest, we all do it. One of our favorite dinner time deals of all time comes from Costco: You can get a whole, ready-to-eat rotisserie chicken there for just $4.99. Make some rice and steam up some veggies, and you've got a super healthy, super tasty meal for the whole family for less than $10.

Even after factoring in the tab for an annual Costco membership (plans start at $60), the Costco chicken can literally save you hundreds and hundreds a year.

4. Do not pay full price for dinner delivery

If you rely on food delivery for your daily sustenance, then you'll be dancing with punch-drunk love (get it?) with this suggested money-saver. Eat24, which you may know as the service that helps your order online from thousands of restaurants nationwide, offers coupon codes that'll typically save you $2 on tabs of at least $15 (before tax and tip). You can request a coupon code via Eat24's Twitter, Instagram and/or Google+ feeds; you can only use the coupon code if you've signed up for a (free) Eat24 account.

Unless your name is Beyoncé, you need to bargain-hunt. Hunt for bargains early and often on this Reddit forum for coupons. The last time we checked in, we saw deals for Kohls, AutoZone and Baskin Robbins. Yum!

Even though automatic-savings apps seem like an obvious way to go, according to a new survey, only 7 percent of us use them. C'mon, people! Find an app, and use it! Qapital's a popular, no-fee option that can round up your card purchases to the next dollar, and bank the spare change for you. Painless, right?

7. Get big by thinking small

Microinvesting apps such as Acorns and Stash work like automatic-saving apps, except with a Wall Street focus. They get you into the stock game for roughly the price of a latte. Stash, for instance, asks for an initial investment of just $5. They also encourage and enable you to regularly sock away cash. Acorns does the round-up thing on card-linked purchases, a la Qapital. Turn on the multipliers feature, and Acorns will double (or decuple -- that's 10 times!) the round-up amount, getting you ever closer to making it rain.

You know what's really messed up about credit cards? Nearly one-third of us have never, ever tapped into the rewards that come with them. Stop leaving money on the table. If you have a credit card, see if it offers a rewards program. If it does, then enroll in it and use it. If it doesn't, or if you don't have a card, then let us help you survey what's out there. There’s also a rundown of cash-back cards at CreditCards.com. It pieces of plastic that come with the potential to earn you $200 to $300 annually.

While you probably Netflix and chill most nights, you probably also have cable. Overall, nearly 200 million of us pay more than $100 a month. But why? A screen diet of, say, Amazon Prime (at $99 a year, or less than $9 a month) and Netflix ($12.99 a month for a standard plan) along with a one-time investment in an HD antenna (for live, free-TV programs, such as the Super Bowl) will likely more than satisfy. Throw in the free streaming apps, such as Crackle, and you'll be stuffed. The only thing left for you to do will be to break up with your cable provider.

10. Make your move in the winter

When the weather turns your neighborhood into the ice planet Hoth, do you (a) stay inside and drink hot cocoa; or, (b) get off your rear, go outside and search for a new apartment or house? If you want to save money, then your answer should be the latter. For rentals, or for buying, the experts say the cooler months of the year, from October to April, when people tend to stay put, are when landlords and sellers get a little more desperate to make deals.

Right now, the iPhone XS Max retails from $1,099. In a year, if history tracks, a newer iPhone (or iPhones?) will arrive, and the prices of 2018 models will come back down to Earth -- and you'll live. Really, you will. You know why? Because you probably already have a phone. Keeping the device a little longer, especially if it's paid for, CNET says, is arguably the No. 1 reason to not splurge on a new toy.