Before you respond to a job posting, make sure to take a close look at your social media profiles. 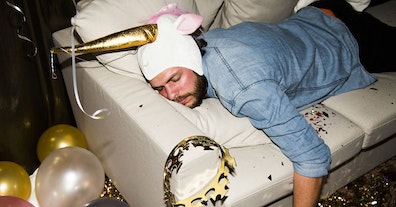 There are only about a million things to get right before responding to a job posting online, right? Like making sure your resume is perfectly formatted and up-to-date, and ensuring that your cover letters are typo-free. But once all of that is in order, you may think you’re ready to start responding to job postings. Not so fast! You're probably forgetting something super important.

Before you start applying for jobs, you should take a careful look at your social media accounts. Why? Because 70 percent of hiring managers use social media to screen job candidates, according to a 2017 CareerBuilder survey.

Your first thought may be to delete your social media accounts or make them private before responding to job postings, but that’s not a good idea. More than half of employers will rule you out if they can’t find you online.

"Most workers have some sort of online presence today – and more than half of employers won't hire those without one," said Rosemary Haefner, chief human resources officer at CareerBuilder.

So, what should you remove?

You might be surprised to learn that 32 percent of employers said they didn’t hire someone because their profiles had bigoted comments related to race, gender or religion.

Cut down on inflammatory political posts too. If prospective employers have different opinions than you, you could offend them and cost yourself a job. Think of it this way: Don’t write anything online that you wouldn’t say during an interview.

Oh, and it’s not just about words: Nearly 40 percent of employers said they didn’t hire a candidate because of provocative or inappropriate pictures or videos on their profiles.

Don’t forget to look back. Way back. Go through those old albums to make sure you weren’t tagged in a post that you wouldn’t feel comfortable being tagged in now.

Poor grammar is a red flag

Think about it: If every other word in your Instagram caption is misspelled, your professional emails might look the same.

The CareerBuilder survey found that 27 percent of hiring managers ruled people out because they couldn’t put a clear thought together on social media.

What you do outside of work is totally your business. Employers would prefer that you keep it that way. Nearly 40 percent of them didn’t hire someone because they were drunk or high in a social post.

If your life looks like one never-ending keg stand, employers might worry that your work will be affected. A good rule of thumb: If you’re holding a red solo cup in a photo, delete it.

We all know you can buy followers, but they’re easy to spot, and may be a turnoff to employers, according to Monster.com.

Thirty percent of employers are not cool with potential employees posting complaints about a work task, their previous company or a colleague. If you have a bad attitude at your current job, what’s to stop you from bringing it to a new one? Instead of posting your work rants to your social accounts, chat about them with trusted friends.

Got the job? Keep it up!

CareerBuilder found that 34 percent of employers have fired or reprimanded employees over something they posted on social media. So, keep these things off your feed even after you’ve landed the job.

Shy away from posting too much during work hours. It may lead your boss to believe you’re not getting much work done.

Follow these rules and your online presence will help you score the job.