Millennials should be all over the housing market, but they’re facing higher-than-average mortgage rates. 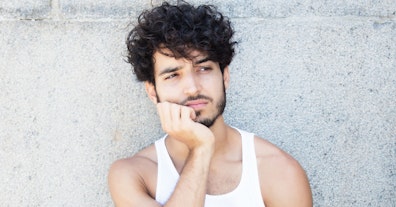 We’ve all heard the stupid myths: Millennials prefer to rent. Millennials would rather crash on their parents’ couches.

The truth? Millennials actually make up the biggest share of would-be homebuyers compared with other generations.

Well, here you go. Don’t get mad. Get educated.

Your credit score basically determines whether you can get a decent loan. And credit score depends on credit history. And history is a thing that usually comes with, you know, older people.

On top of that, many millennials watched their parents deal with the Great Recession and were scared out of their minds to open credit cards. So they didn’t.

Shorter credit histories mean that you can’t borrow as much as you may need or want. And that little bit of money you do borrow, you’re more likely to spend. Think about it like pizza. If you have a whole pie, you’re only going to eat so much of it, but if you have two slices, you’ll probably finish most of it. And guess what: Banks judge you on that. They judge your mom on that. They even judge celebrities on that. (Sorry, Lucille Ball.) It also brings down credit scores.

Add these factors up, and you won’t be surprised that nearly half of people ages 18 to 36 have a credit score of 600 or below on a scale of 300 to 850. And in case you’re wondering, a credit score at or below 600 is considered “subprime.” That’s code for, “don’t lend that person money … or charge a HUGE interest rate.”

They don’t know their own scores

So. How surprised were you by all that info above?

If the answer is “a lot,” it’s time to get wise. You can check your credit score for free on certain websites, and get advice about how to boost it on other websites. Give it a Goog.

Intimidated? Don’t be. Think of it like a diet: You can’t lose weight before you understand the concept of a calorie. You have to understand it to be able fix it, and an insane 67 percent of millennials say they don’t know how their credit scores work.

They’re paying the price for their parents’ mistakes

Before the recession, mortgage companies were handing out loans like they were on Oprah’s Christmas special (YOU get a loan, and YOU get a loan). But now, lenders are much stingier about who gets money. You can thank your parents.

Their ledgers are a million shades of red

Millennials have an average of more than $50,000 in debt. Yes, that’s per person! Sure, credit card debt is the biggest offender (those Kanye tickets don’t fall from the sky), but student loans aren’t far behind, amounting to an average of 34 percent of millennials’ debt.

Rising college costs and a culture that encourages school financing has caused the college loan debt average to rise for years, and you’re suffering because of it.

They don’t have enough saved for a down payment

The more you put down for a house, the lower your mortgage will be. That you knew. But millennials don’t have the cash to put down. Even older millennials (between 25 and 34) aren’t saving. Forty one percent say they have no money saved, and 13 percent say they only have $1,000 saved, according to one survey. Some people say this is because millennials are tossing their money into trash cans like a bunch of Jordan Belforts… but we’d venture to guess that the reasons above are more likely offenders.

Here’s the good news. Saving even a little bit every month can go a long way. If you don’t have a savings account, start one. It’s that simple.