From flying first-class to staying at luxury hotels, lots of people are using the best rewards credit cards to their advantage. But how? 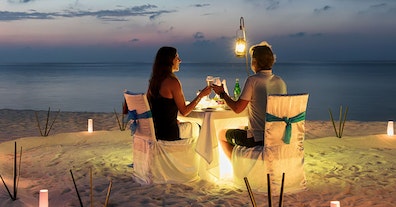 From flying first-class to staying at luxury hotels, lots of people are using the best rewards credit cards to their advantage. But how?

It’s much easier than you think … as long as you follow these four steps.

But first, a disclaimer: To enjoy the best rewards credit card perks, you’ll probably need a credit score of 690 or higher. And if you’re a newcomer to the crazy credit card world, then you’ll want to start with only one to two cards.

Signing up for cards with huge introductory bonuses is the simplest way to earn travel miles. Most travel rewards credit cards offer at least 25,000 complimentary miles, but keep your eye out for even better deals, such as 100,000 miles to sign up for a brand new card.

Unfortunately, trying to rack up points by flying around on cheap airfare doesn’t pay off in the long run. That’s because it’ll take a long time for small purchases to pay off with reward miles that you can use to travel the world.

By signing up for travel rewards credit cards at the opportune time, you can score a lot of miles while just relaxing on your couch. Though 25,000 miles might not add up to a free plane ticket to travel the world, it’s still a great start toward a much-needed vacation.

One of the first things you should do to maximize the number of miles you earn is to sign up for major loyalty programs.

But which ones should you join? That’s entirely up to your spending habits. If you normally stay at a Hilton hotel, then you’ll want to enlist in the Hilton HHonors program. If you fly with Southwest, then joining the Southwest Airlines Rapid Rewards makes a lot of sense.

These loyalty programs are mostly free to sign up for, and they can pay huge dividends to customers. For example, the Southwest Airlines Rapid Rewards program offers their customers unlimited reward seats with no blackout dates; points don’t expire; and points can be earned from their partners, including Hertz, National, 1-800-Flowers.com and more.

Joining a dining program, such as Hilton’s HHonors or Alaska’s Mileage Plan, allows customers to double up on points, earning reward miles for both paying with a credit card and eating at a participating restaurant.

Just like loyalty programs, these dining deals are mostly free to sign up for. Some rewards offer a flat mileage bonus while others give bonuses depending on the amount of money spent. Either way, doubling up on rewards miles can pay off in a big way.

Whether you have two or fifteen credit cards, it’s vital to stay on top of your balance along with the amount of miles you’ve earned.

Plenty of sites and apps simplify this process. Sites — Points.com and UsingMiles.com — and apps — TripIt, AwardWallet — merge your rewards (miles, hotel and car points) into an easy-to-use tool.

As long as you pay your full balance monthly and take advantage of the right opportunities, then earning travel perks or even a complimentary plane ticket should be a lot easier.